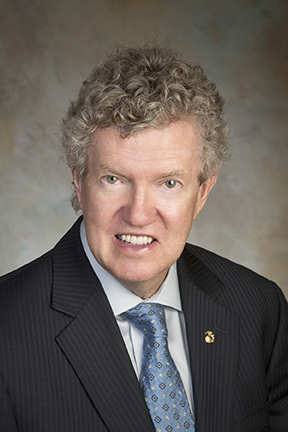 Kevin. E. Gallagher Attorney at Law, has practiced criminal law since he opened his legal practice in Orange County, California, in 1975.

During a career marked with high-profile successes, Gallagher has handled several thousand criminal cases and tried approximately 300 jury trials, including a large number of homicides. As Testimony to the quality of his preparation and conduct of complex cases, Gallagher’s clients have included many doctors and dentists who he later represented before their respective regulatory agencies. He also has represented educators, attorneys, engineers, police officer’s firemen, and prominent business and political figures. Gallagher has also represented plenty of average Jane’s and Joe’s with some money.

Gallagher has spoken at legal seminars, colleges, universities, and law schools. In addition, he has sat as Judge Pro Tem in Orange County Municipal and Superior Courts. Gallagher is also a member of the prestigious American Board of Trial Advocates ABOTA, the Orange County Bar Association, the Los Angeles Trial Lawyers Association, the California Trial Lawyers Association. He has been admitted to the California State Courts Bar (Bar #047857), the Federal Bar, the Illinois and United States Supreme Court. A native of Chicago.

Elected to CA Super Lawyers for the past ten years

From a former client:

“He gives personal attention to his clients. He doesn’t hand the case off to some inexperienced associate. He even gave me his cell phone number.”

Gallagher is married and has three children.